Open to all 7th grade students! While many students will start learning their instrument in 6th grade, we take an approach that emphasizes solid fundamentals. This will allow a beginner to "catch up" while strengthening the musical skills and knowledge of the entire group. There are 4 required evening concerts throughout the school year.

Generally a continuation and building of skills that were learned in 7th grade band, but again, students may start taking an instrument in 8th grade.  Along with building on skills, we start to really emphasize musicianship and making musical choices in our playing.  We also start to prepare students to transition to the high school band.

The middle school jazz band meets outside of class (before school, FLEX, after school). There are typically three to four concerts per year.  One of the highlight performances is in February for our Jazz Night at the Ike Cafe where we create a jazz club atmosphere with a delicious meal, raffle, and silent auction, which also features our high school jazz ensembles.

This is the only traditional concert band group at the high school level. This group plays Class A literature and has received First Division Awards every year. This group starts rehearsing after the marching season ends and typically performs 3 concerts throughout the rest of the school year.  Students also have the opportunity to play in chamber ensembles such as woodwind ensemble, brass ensemble, percussion ensemble, flute choir, clarinet choir, saxophone choir, and trumpet choir while a part of this class.  While previous playing experience is beneficial, it is not a prerequisite. The Symphonic Band is the primary group that travels every other year to destinations that have included San Antonio, Orlando, Boston, New Orleans, and Philadelphia.

All high school band students participate in the marching band starting in the summer and culminating at the WSMA State Marching Band Championships in mid-October. The band competes in Class AA at 5-7 shows per year, plus football games, and the New Berlin 4th of July and Christmas parades.

See what Marching Band Shows have been performed in the past, including videos of performances! 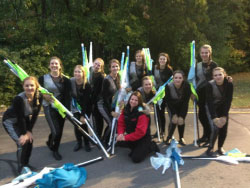 A vital part of the marching band. These students help to show the visual pageantry of marching band with dance, flags, rifles, and other equipment. Colorguard members do not need to be enrolled in band as a class. 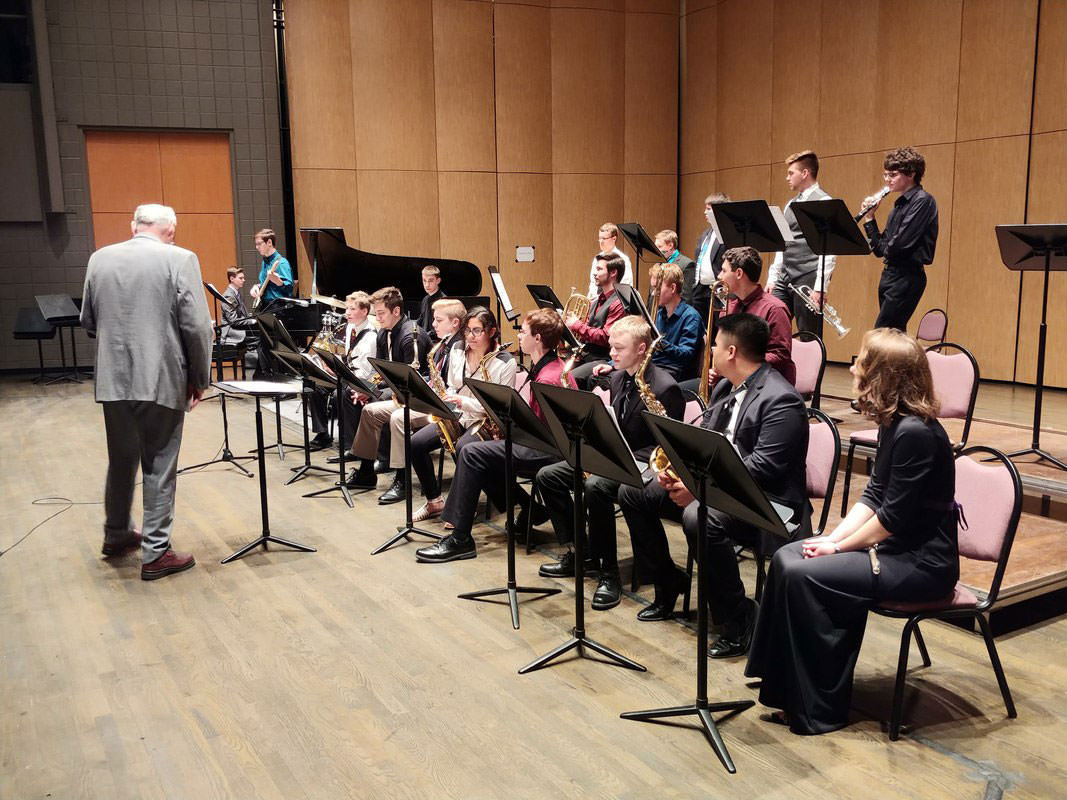 There are two high school jazz ensembles at Eisenhower. There is the jazz combo class and the high school big band. The jazz combo meets as a class for credit. The high school big band meets outside of class (before school, FLEX, after school). Jazz bands perform three to four times per year. One of the highlight performances is in February for our Jazz Night at the Ike Cafe where we create a jazz club atmosphere with a delicious meal, raffle, and silent auction. 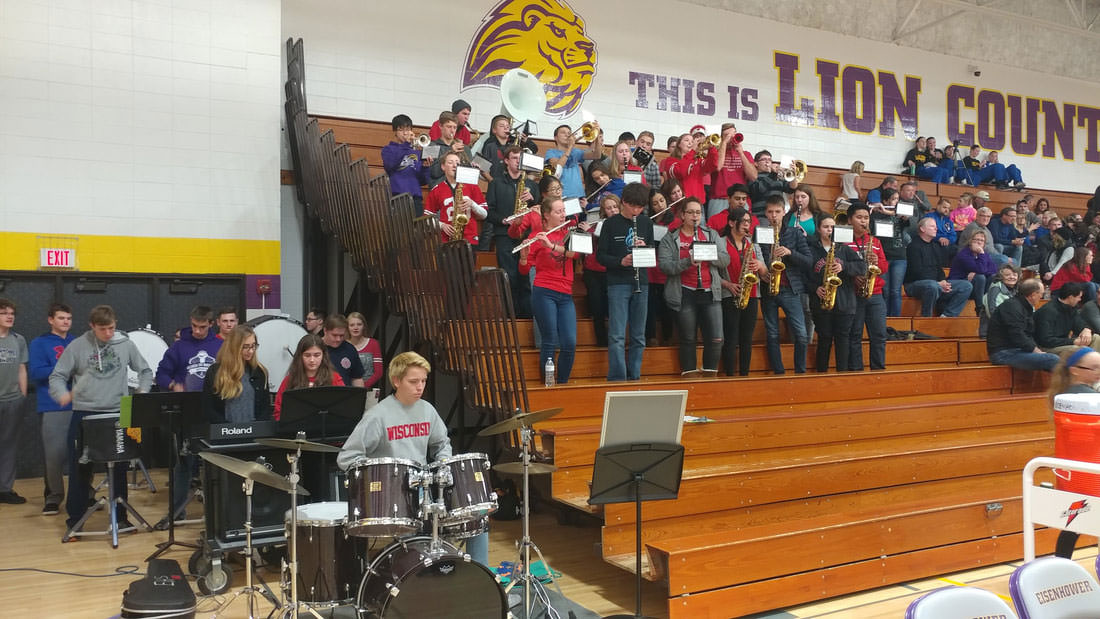 The Eisenhower Pep Band is a requirement of the symphonic band class, rehearsing and performing to provide support for school activities, primarily girls’ and boys’ basketball programs. The Pep Band has followed the basketball program to their state championship appearances, supported the school’s Academic Decathlon at their state championship appearances, and performs as part of many school assemblies and events.

There are many performance opportunities that vary from year to year. The Eisenhower Theatre Department puts on a musical every year and the instrumentation of the pit orchestra varies depending on the show. The Eisenhower Music Department enjoys collaborating on projects such as excerpts from Handel's Messiah or the 2015 performance of Christopher Tin's Emmy Award winning Calling All Dawns. In Spring 2019 we performed another Christopher Tin album entitled The Drop That Contained the Sea. 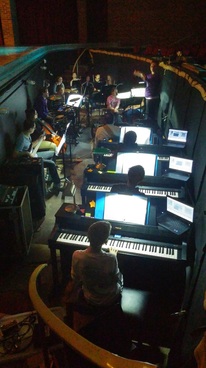 The pit orchestra provides musical accompaniment for stage performances of plays and musicals.

The Spring 2019 performance of Christopher Tin's The Drop That Contained the Sea.